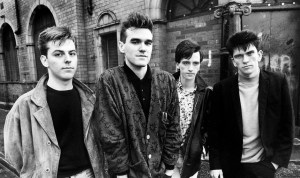 I use the Smiths as a vehicle here to mention both Morrissey and Johnny Marr who, when they were together made some of the best pop songs I’ve ever heard. Apart ie. solo, I haven’t heard anything much that grabs me. Funny how you can love someone in a certain band and then they leave you flat solo or in a a new band. I would rate the Smiths as a 9/10 (on par with Radiohead) for wrist-slitting value but it’s a whining you can just so easily soak up and take on. Somehow it just works. The Smiths have a sound all their own, led by Morrissey’s unmistakeable voice, lyrics and delivery style. It’s love or hate with the Moz I think. Johnny Marr plays the Brit pop sound so well from the clean, jangly sounds in “This charming man” to the shearing splendour of “How soon is now”. There are sublime moments in a number of their songs like the chord and melody progression in “Last night I dreamt somebody loved me” and pretty much the entirety of “Ask”. It’s damn fine stuff. 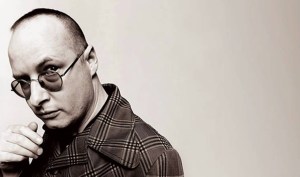 XTC’s singles really grabbed me – “Senses working overtime”, Generals and Majors” etc. They were just really sharp, catchy and clever. I rediscovered XTC when I was older and had bought “Oranges & Lemons” and loved “Mayor of Simpleton”. Great singer, guitarist and songwriter, Andy Partridge ticks all the boxes for me. Their last two albums, Apple Venus Vol 1 (1999) and Wasp Star (2000) are absolute crackers and I play them all the time. I realised when I was in my early teens and hearing Pink Floyd and David’s guitar playing for the first time that this guy was very, very special. I’ve listened to many great guitarists in my time and have plenty of favourites but David absolutely takes the cake. Why? There are probably hundreds of guitarists out there in the world who could outplay David for speed or technique but I’ve never heard anyone play with the feeling he plays with or create the magical riffs that he comes up with. Everything he does is so damn tasty! I also love that David explored his guitar tone technically in a big way and created a unique sound to go with his unique playing style. David’s also got a great voice and sang the vocals on many Pink Floyd hits like “Us and them”, “Wish you were here” and “Money”. In my opinion, the best note in guitar history – 4:11 in “Time”.